The goal of the project is a novel integration of artificial intelligence-based data-driven techniques with mixed-precision computing. 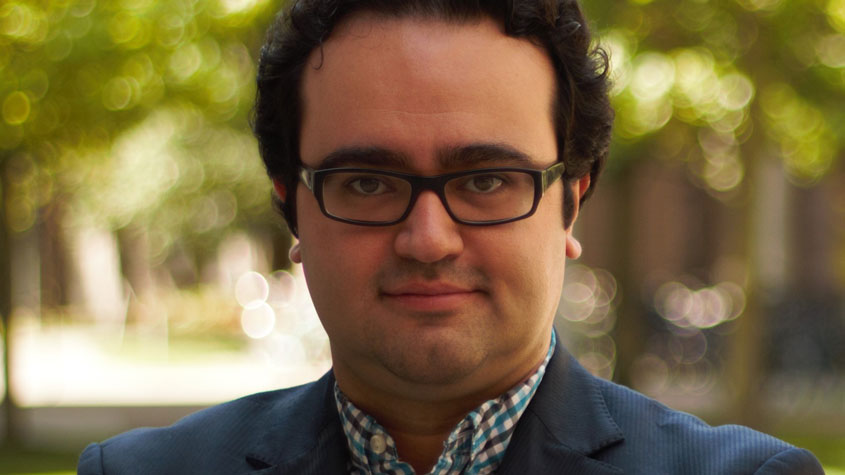 Pedram Hassanzadeh, assistant professor of mechanical engineering (MECH) and of earth, environmental and planetary sciences, is one of 26 recipients in the nation awarded a Young Investigator Program (YIP) research grant by the U.S. Office of Naval Research.

“The goal of the project is a novel integration of artificial intelligence-based data-driven techniques with mixed-precision computing to develop a computational framework for improving the modeling of complex, high-dimensional, nonlinear dynamical systems, including weather and climate,” Hassanzadeh said.

His research has focused on using computational, mathematical and statistical models to study atmospheric and oceanic flows, in particular those related to such extreme-weather events as heat waves, hurricanes and droughts.

“The conventional ways to model complex, multi-scale chaotic or turbulent systems have reached their limits,” Hassanzadeh said. “AI and mixed-precision computing are ways to increase the simulation accuracy without requiring additional computational resources. I will use them to improve modeling of complex dynamical systems, join their strengths, and integrate them to develop novel computational frameworks. One application of particular interest to the Navy is weather forecasting, but this work will help modeling of other engineering and natural systems.”

This year’s YIP recipients will share $14 million in funding to conduct research intended to benefit the U.S. Navy and Marine Corps. Typical grants range from $510,000 to $750,000 over a three-year period. Hassanzadeh expects to use his grant to support a postdoctoral researcher, among other expenses.