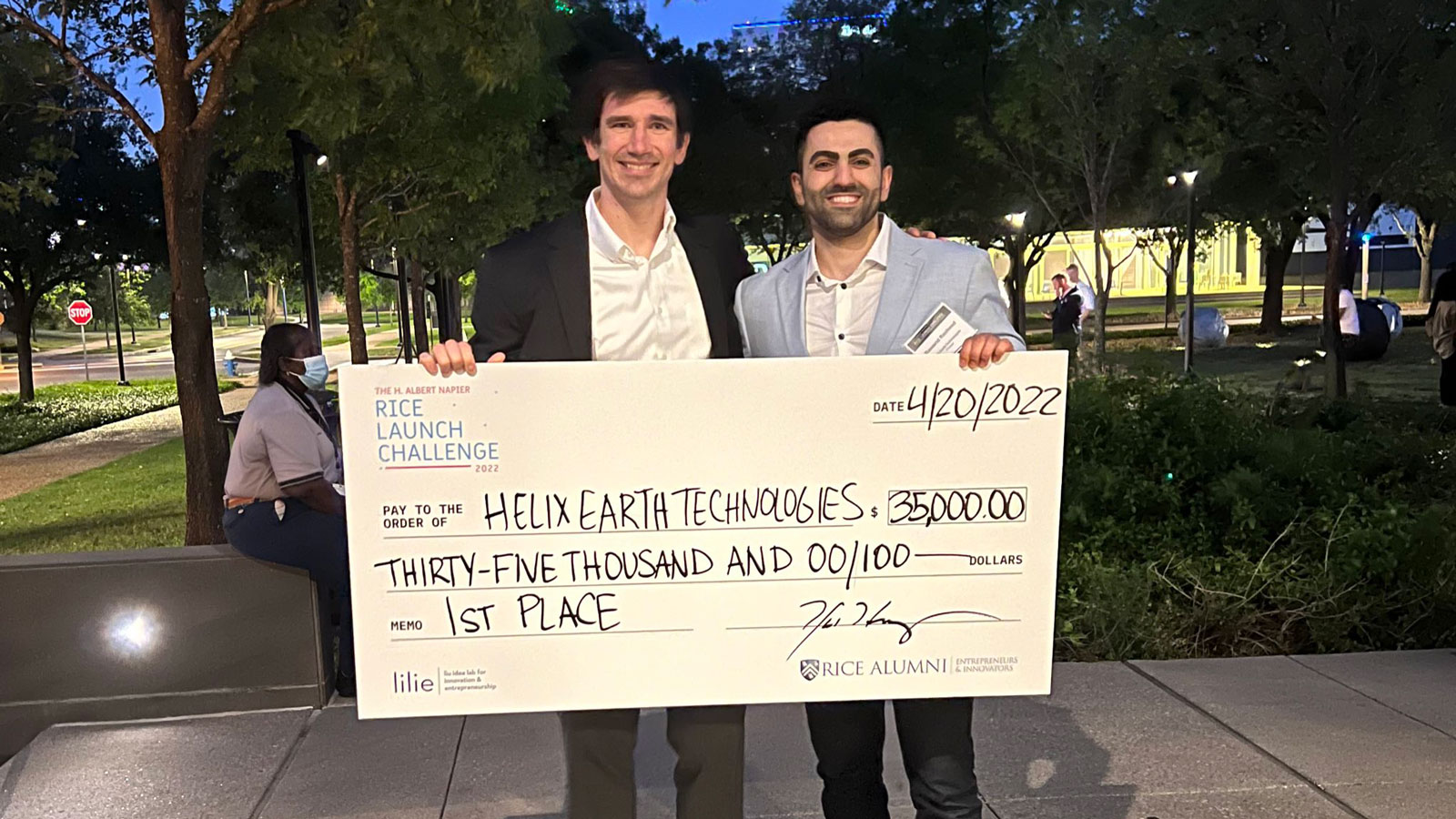 Rasheed topped a field of six student ventures in the NRLC finals held April 20 in the Anderson-Clarke Center’s Hudspeth Auditorium. He was awarded an equity-free prize of $35,000.

Rasheed has also been awarded the 2022 Hershel M. Rich Invention Award for his research into multiplexed inertial filters. The award is given annually to Rice engineering students or faculty members who have “invented or developed an original invention.” It comes with a prize of $7,500.

His startup, Helix Earth Technologies, helps power plant operators reduce water use and overall operating costs. “I started with the idea of reducing the impact of the industry on the environment,” Rasheed said, “and while doing so saving money.”

Rasheed’s proof-of-concept will soon be tested in the power plants on the Rice campus.

At Rice, Rasheed works in the Preston Innovation Laboratory of Daniel Preston, assistant professor of MECH. Last year he received one of the inaugural IBUILD (Innovation in Buildings) Graduate Fellowships from the U.S. Department of Energy’s Building Technologies Office.

The research enabled by the fellowship has focused on reducing energy use in buildings by using additively manufactured inertial separation filters in a newly designed dehumidification cycle. The IBUILD Fellowship is a new program managed by Oak Ridge National Laboratory supporting research-intensive building technologies in fields with relevance to energy efficiency.

Rasheed earned his B.S. and M.S. in MECH from Portland State University in 2017 and 2019, respectively. Since 2019, Rasheed has worked as a life-support systems engineer in NASA’s Crew and Thermal Systems Division at the Johnson Space Center.