RETURN TO RICE: A message from the President on planning for the fall semester

GEM has supported more than 4,000 Fellows from underrepresented groups at the master’s and doctoral levels in engineering and science. 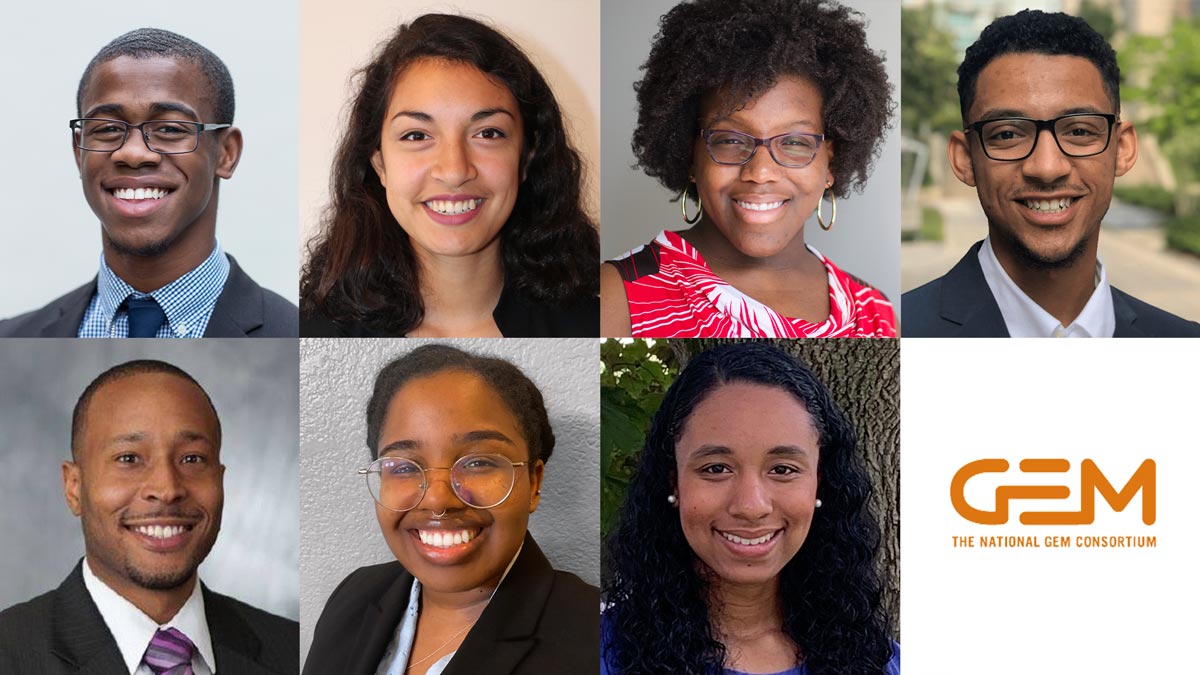 Six students and alumni in engineering — including three from the Department of Mechanical Engineering — and one in natural sciences at Rice have been named 2020 Fellows of the National GEM (Graduate Education for Minorities) Consortium.

Founded in 1976 at Notre Dame University, GEM has supported more than 4,000 Fellows from underrepresented groups (Black/African Americans, Native Americans and Latinx/Hispanic Americans) at the master’s and doctoral levels in engineering and science.

The awards include full tuition and fees, stipends and internships, and vary based on the level of recognition – GEM Full Fellow or GEM Associate Fellow.